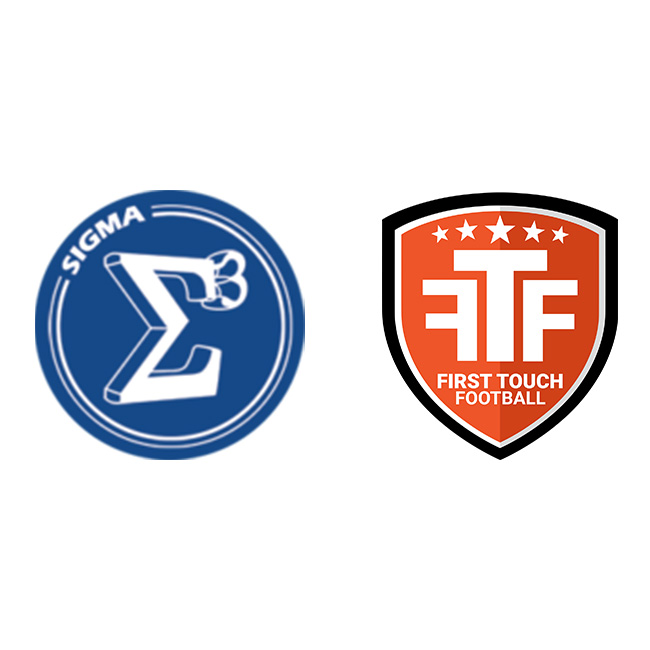 It was a great two days of football at the 12th Annual Sigma FC University Showcase in Mississauga, Ontario. The ‘Sigma Showcase’ is one of the top recruiting events in North America which has hosted hundreds of NCAA, U SPORTS and various Canadian National Team players over the last 12 years.

This year the showcase featured teams from Ontario, Quebec and New York and gave players an opportunity to compete and expose their talent to university and collegiate programs. 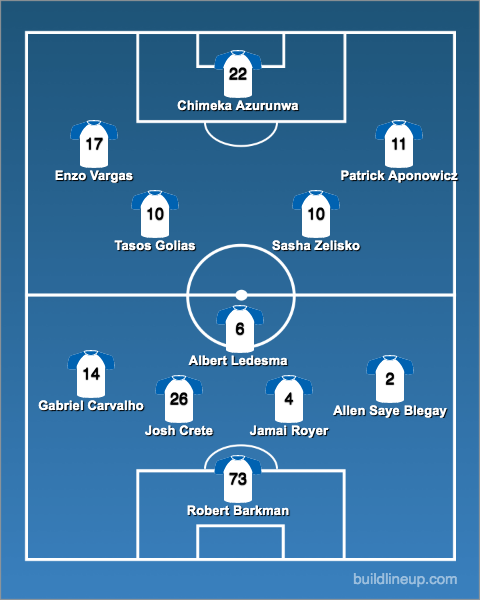 1. Tasos Galios | Sigma FC | 2024 Grad/ 2006 Born | CAM/FWD
The crafty attacker displayed his quality on the ball throughout the event. Galios consistently finds pockets of space in Sigma’s possession based style of play and has an uncanny ability to create chances through his distinctive play in the final third. Tasosis is definitely a player to watch and see how they progress over the next 12 months in his development.

2. Sasha Zelisko | CS MRO | 2024 Grad/ 2006 Born | CM/CAM
Arguably the best player in the 2006/ Grad 2024 Division at this event. Zelisko showed his class in each game he played in for the Quebec based CSMRO. His intelligence on the ball and off the ball is currently what separates Sasha from his peers and he has an extremely bright future.

3. Josh Crete | St.Anthony Futuro | 2024 Grad/2006 Born | LCB
Josh is a familiar name to FTF Canada and he won MVP of the 2021 Ottawa Open Combine at just 15 years old last year, and he was just as impressive at this event. The LCB has great feet for the position with the frame to match standing at about 6 ft 2. Before converting to CB Josh was a CDM so he makes ‘passing/ breaking lines’ out of the back look extremely easy and moves him into a high level prospect at the position while he continues to improve on his 1v1 defending/ aerial duels.

4. Jamai Royer | Vaughan SC | 2024 Grad/2006 Born | CB/FB
From an individual talent standpoint Vaughan SC 2006 Boys were a cut above in the age group and at the very top of their prospects is Jamai. The versatile defender can play across a back 4 and has a great ability to defend in 1v1 situations. Versatility as a defender is always a positive but it will be interesting to see where coaches see Royer at the next level. Leadership qualities are also prevalent in the Vaughan SC defender and will be needed as VSC will look to repeat as champions in the U19 League 1 Reserve Division in 2023.

5. Patrick Aponowicz | 2024 Grad/ 2006 Born | CAM/CM
Rush had some fantastic performances as a group at this event and Patrick was pulling the strings for the group on both days. The midfielder is excellent on the dribble (he displayed a few end to end ‘Messi Like’ runs at the event) but is also an underrated passer based on how much attention his dribbling prowess catches your attention. With continued growth tactically and physically the sky’s the limit for Aponowicz. 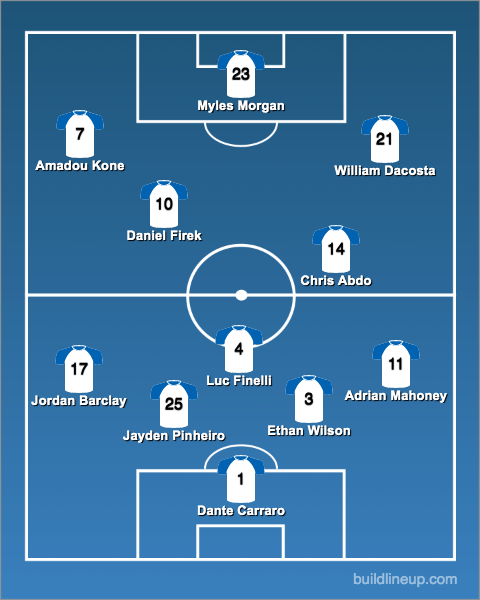 1. Daniel Firek | 2023 Grad/ 2005 Born | CDM/CB | Sigma FC
Daniel was a standout midfielder for Sigma FC throughout all his games at the event. His ball retention and playmaking ability will translate well to the next level as he is a bonafide NCAA Division 1 talent. Out of the 2005/2023 Grad Division Sigma’s midfield trio of Firek, Tiago Palhetas and Luc Finelli was the best by a mile and caused many teams a ton of problems.

2. Jayden Pinheiro | 2023 Grad/ 2005 born | CB | Prostars FC
“Hard-nose defender with great athletic ability”. This was Jayden throughout the course of the weekend for Prostars FC. With his physical skill set plus above average technical ability Pinheiro was one of the best defenders we saw during the two days, and will make whatever college coach who takes him in the next few months very happy come August/ September.

3. Adrian Mahoney | 2024 Grad/ 2006 Born | FB/ MID | Athlete Institute FC
Playing 1 year up in the 2005/2023 division for AIFC Adrian Mahnoney looked like a man amongst boys in the 4 games he played for AIFC. The former TFC Academy player/ current Jamaican youth international excels in the physicality department which allows him to play literally any position on the field at the youth level. But as the “puberty gap” eventually closes as Adrian gets older with continuous improvement from a ‘technical + tactical’ standpoint he will have a real chance to be a high level fullback or midfielder at the Division 1 level.

4. Myles Morgan | 2024 Grad/ 2005 Born | ST | Dero TFC
Need a wonder goal, call Myles Morgan. The Dero TFC Striker was firing on all cylinders at the Sigma FC Showcase scoring some incredible goals over the course of the 2 days. Myles is a well known striker out of the GTA who splits his team between Dero TFC and Toronto FC U19 Academy in MLS Next. Off the ball/ defensively is where Myles can continuously improve but when you score goals at the rate that he does you don’t want him to ‘change’ his game too much.

5. Ethan Wilson | 2023 Grad/ 2005 Born | CB | Vaughan SC
The Northern Illinois University commit showed his class for Vaughan SC in all the games which he featured. Ethan’s defensive instincts as a CB are natural/ dominant and his distribution from the CB position is extremely underrated. NIU are coming off a ‘rebuilding year’ in 2022 after an extremely successful 2021 campaign and they are off to a great start with inking Ethan up early as he will probably start and log a ton of minutes for them as soon as he steps on campus.

Video for the entire event can be found on Sigma FC’s Youtube Page: https://www.youtube.com/@sigmafcacademy