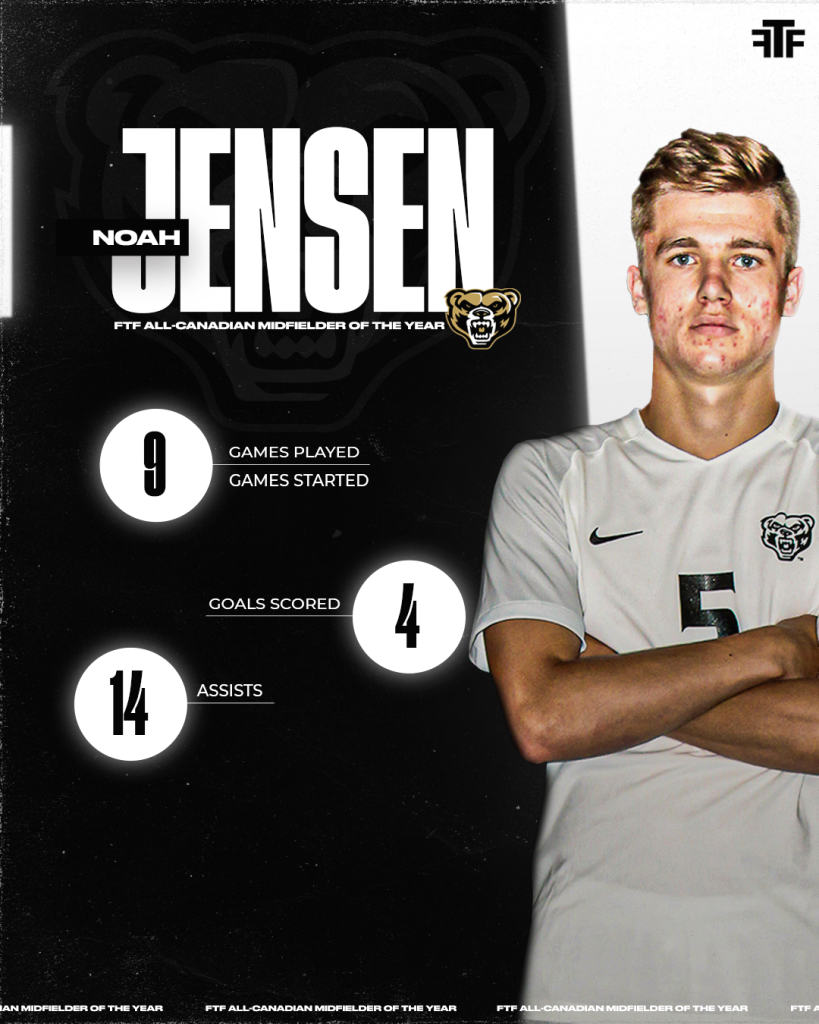 Ranked second on the team in points (13)

Horizon League Player of the Year

Led the Nation in assists (14)

Fourth in the Nation in points (22)

Oakland Midfielder Noah Jensen has put together an astonishing senior season in 2020/21 as he prepares for the upcoming 2021 MLS Super Draft. The 2021 Horizon Player of the Year had one of the most decorative seasons for a Canadian in recent memory. Since being selected as a member of the Horizon League All-Freshmen Team in 2017, Jensen has started in every game since his Sophomore season for the Golden Grizzilies and he was named Team Captain in 2019.

Jensen played and started in nine games for Oakland University in 2020/21 recording four goals and fourteen assists. The fourteen assists accumulated by Jensen was good enough to lead the Nation with an average of 1.56 assists per game. Jensen finished fourth in the Nation with twenty-two points in only nine games played averaging 2.44 points per game, which was good for third in the Nation. The All-Horizon First Team selection is currently ranked No. 24 on Top Drawers Top 100 Rankings updated April 9th 2021.

The future is bright for Golden Grizzilies Captain Noah Jensen as he is currently preparing to enter to the 2021 MLS Super Draft. Regardless of where and when he is selected, Jensen is definitely set to make an immediate impact in whatever jersey he is wearing next season. We here at FTF would like to wish Noah the best of luck in his future endeavours.