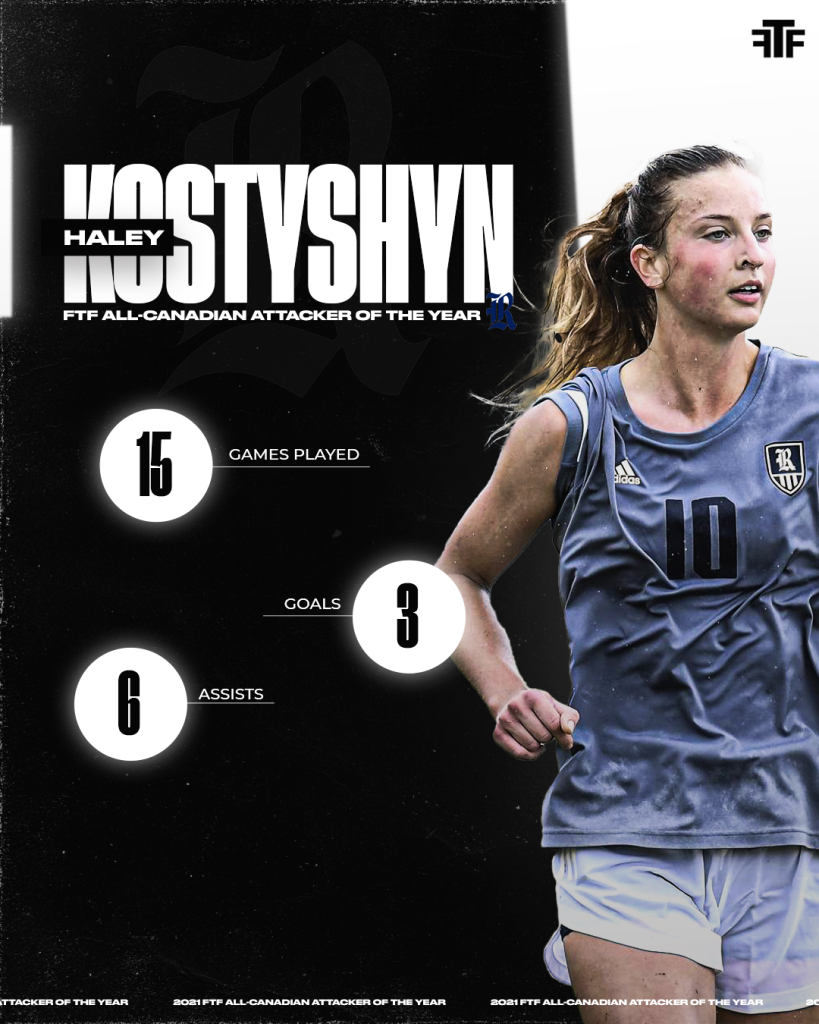 Canadian Forward Haley Kostyshyn started off relatively slow in terms of production in her first two season with Rice University. Since missing a full season due to injury, Kostyshyn has turned around her fortunes to play a major offensive role for Rice. In her last two seasons, Hayley has accumulated ten goals and ten assists as a mainstay up top with the Owls.

Coming from the very small town of Stoney Creek, Ontario, Kostyshyn has always been a superb all-around athlete. As a Bishop Ryan Secondary School graduate, Kostyshyn was highly regarded for competing in both basketball and soccer at a very high level. The talented goal scorer spent her youth career playing for the Burlington Bayhawks who captured a Canadian National Championship in 2013 as well as two Ontario Cups in 2012 and 2013.

Kostyshyn had an electrifying Senior year playing for the Owls. The Conference USA All-Second Team selection played in fifteen games this season for Rice finding the back of the net three times and setting up teammates on six occasions. Haley accumulated more points this season than she did in her first two years with Rice, proving how much she has come along in such a short period of time. Going from a substitute off the bench to one of the most prolific strikers in the conference is quite an impressive accomplishment for the Stoney Creek, Ontario native.