Where should they Go? 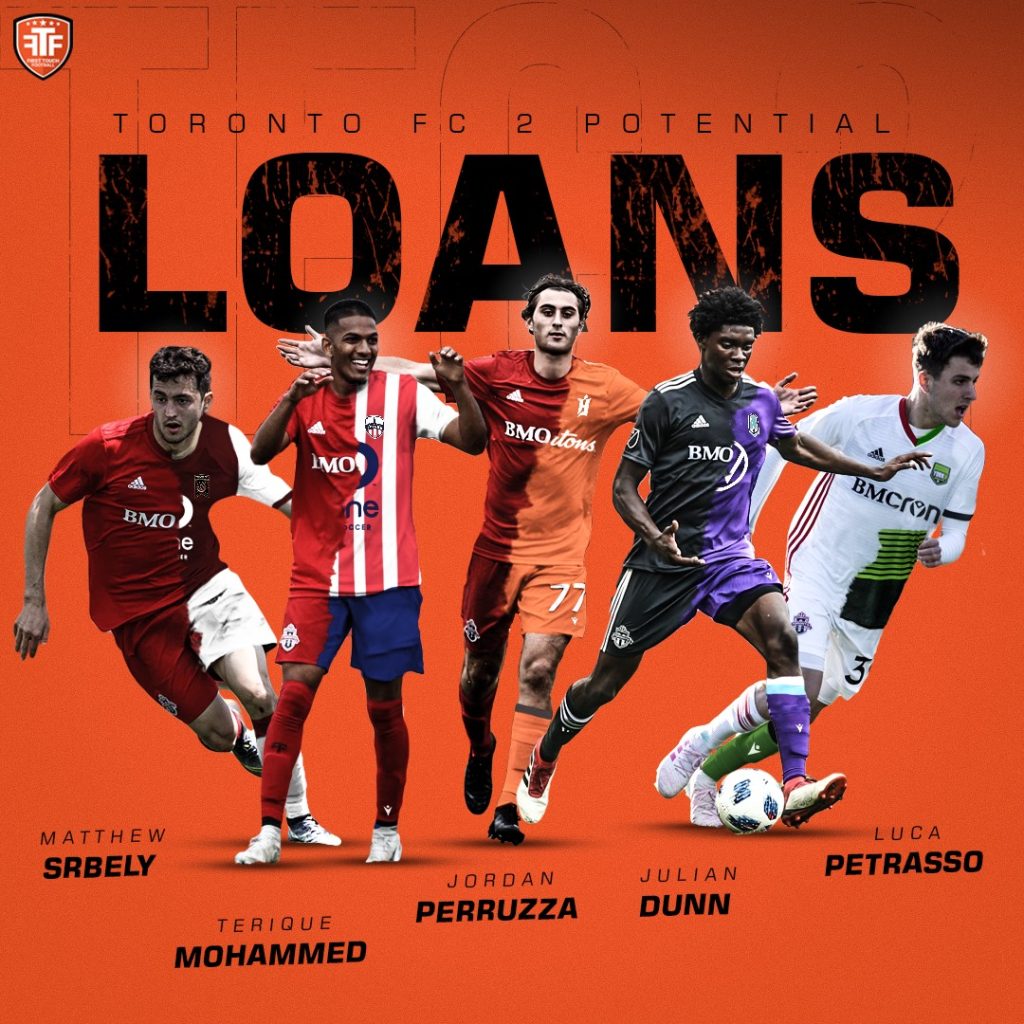 It was recently announced that USL League 1 has denied their inclusion of TFC 2 for the restart of their  2020 season. Unfortunately this has left Toronto FC 2 with no league to play in for 2020 and puts some talented young Canadians without a full season of professional football.

Rumours have been circulating that a lot of these players will be loaned out to various teams in Europe, USL Championship, and the CPL in the future. So the ‘FTF Editorial’ team took a look to see which CPL club would benefit most from these talented Canadians joining completing their roster.

The Canada U23 international striker hit a purple patch of scoring in 2019 when he netted 15 goals in 24 league appearances (including 21 starts). Perruzza got listed in the USL League One All-League First team.
His knack for scoring goals would be a great fit for inaugural CPL winners Forge who need to fill the void created by Tristan Borges- the 13-goal talent who left for Belgium early this year. Perruzza’s physique and industry in front of goal makes him a suitable candidate.

Dunn, 19, is tied to a Toronto FC first-team contract, but will need minutes during the summer. Last year he managed eight league appearances due to contractual issues so consistent minutes are so vital to continue his development.

Pacific FC have a new coach in Pa Modou Kah, a former defender himself at MLS side Whitecaps and Cincinnati FC, can refine Dunn’s talent. For a budding talent, unlimited game time and  requisite tutelage will bring the best out of him. With the Tridents, he can form a formidable pair with another new signing Thomas Meilleur-Giguere at LCB.

Versatility is a measure of person image and for 20-year-old Luca Petrasso, that fits him like a glove. His ability to effectively operate in the middle of the park and on either side of midfield makes his a precious asset for any CPL club.
As local boy, York 9FC serves as a fertile ground to germinate and being in the presence of his experienced senior brother Michael- the Canada international who signed in March-could be the catalyst for his explosion.

The 20-year-old left back plays with intensity and aggression. In the 2019 USL League One, he was used 20 times by Toronto FC II. He won more than 77 percent of his attempted tackles.
Newcomers Atletico Ottawa, who are yet to finalize their roster and could be the team looking to to tap into TFC 2 loan services quite a bit in the coming weeks. There’s a possibility Ottawa could potentially feature Mohammed as an outside back as he qualifies and a Canadian & Under 21 (2 roster criteria’s each CPL team must follow). If this happens he will be in direct competition with former West Ham product  Vashon Neufville for the left back position,but it never hurts to have depth.

The 21-year-old should be on the flight to Winnipeg as Valour FC are in need of another midfielder with only six on their roster. Srbely convinced all and sundry about his artistry when he scored four goals in 18 league matches in the USL League One. He clocked a passing completion percentage of over 85 percent. Born in 1998, Srbely does not qualify for the CPL’s U21 rule but from a talent perspective fits very comfortably in the league.

Regardless of where they end up we hope all the promising prospects  at TFC 2 find a home in the next few weeks as we continue to develop our young Canadian talent.