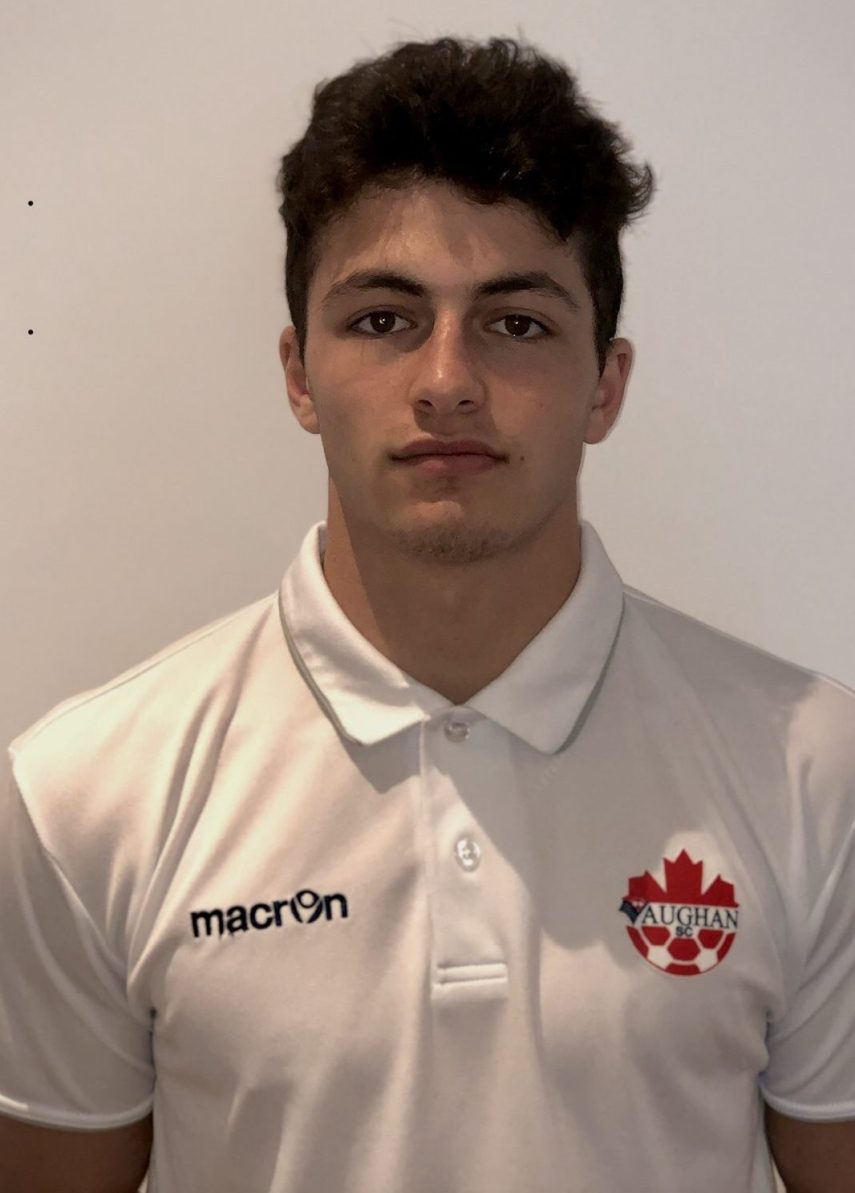 My name is Ben Kaplan and I currently play with Vaughan’s High Performance team and have been since February 2020. Prior to playing with Vaughan I was part of Toronto FC’s Academy since February 2017 and then played for Woodbridge Soccer Club from 2011-2017. I was involved in the Canada Excel camps in January and September 2019. Some of the highlights in my soccer career include representing Team Canada at the Danone Nations Cup in 2015, representing Toronto FC at tournaments including the GA Cup matches in 2017, Monterrey tournament in Houston, and Co-Captaining Toronto FC to being Dallas Cup Champions 2019 as well as winning the OPDL league in 2017 and 2018. Other facts about me: I am born to two parents who immigrated from South Africa. I have 3 younger brothers aged 15, 12, and 10. Other hobbies include listening to music, watching the Premier League, and skipping rope.