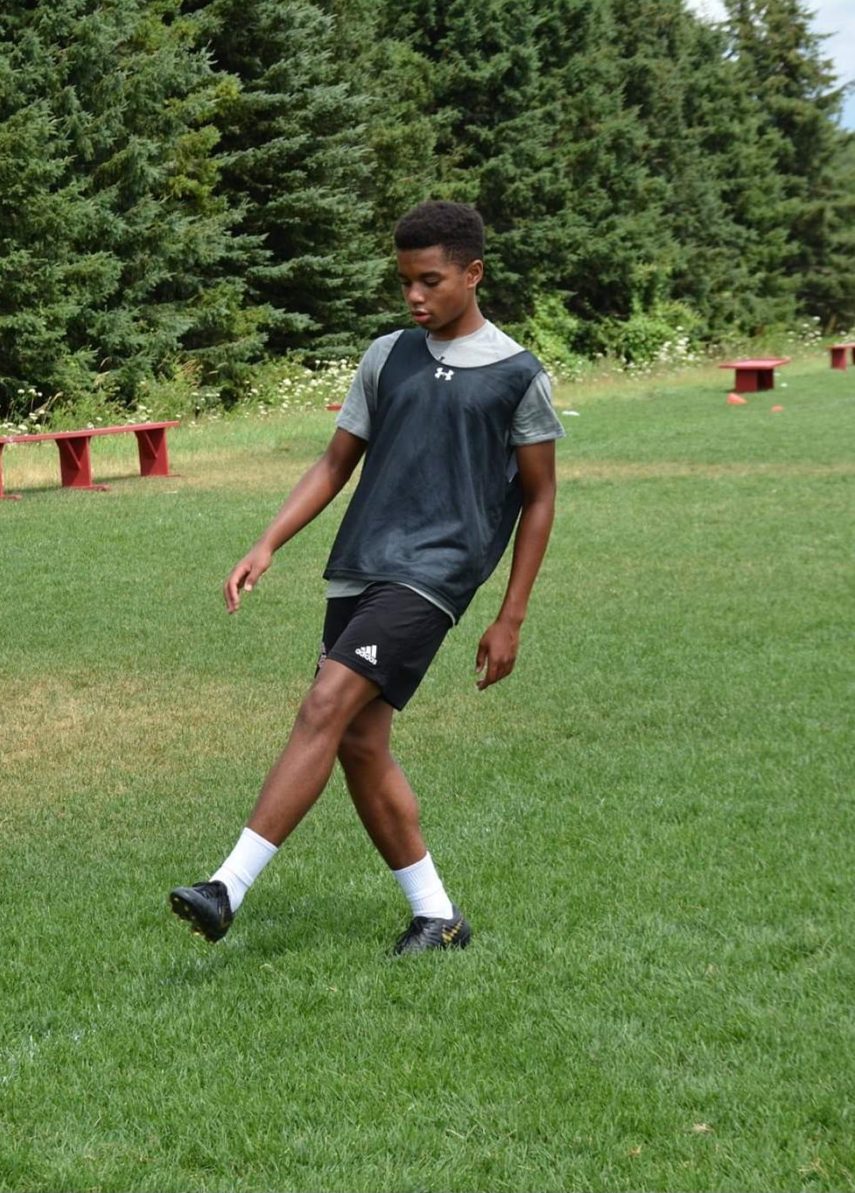 I currently attend Assumption Secondary School in Burlington, where I take 5 AP courses and hold a 96 average. Additionally, I have received Honor Roll for the last two years. I hope to major in a math-related field, like engineering, but I am flexible towards this. I have played for numerous clubs, including Oakville SC (U7-U10), Epic FC (U10-U12), Woodbridge FC (U-13-14), and Toronto FC (U-14-16). When I was 12 I was selected to practice at Tottenham Hotspur in England for a week, which was a valuable experience. I also had the chance to represent Canada at the Danone Nations Cup, which took place in Paris (U12). I won the Montreal Impact International tournament with TFC, where we beat Bologna in the final (U14). I also won the USSDA U-15 Championship with TFC, going undefeated in the regular season. I have been a part of Athlete Institute for almost two years, where I earned MVP honors for the 2019-20 season and am currently the captain of the U21s. I would describe myself as a smart and composed player who can also impose himself physically on the game. I pride myself on my ability to read the game both defensively and in possession. I am able to play comfortably with both feet, which allows me to play on either side of central defence. I enjoy dictating play from the back, using my large range of passing and vision effectively. I am also able to both overpower and outpace attackers with my natural speed and strength. I am a very vocal player who can give the right information to my teammates as I am the one who can see the whole field. One thing that I am currently working on is being able to play a fullback role, which will only lead to more opportunities for myself.