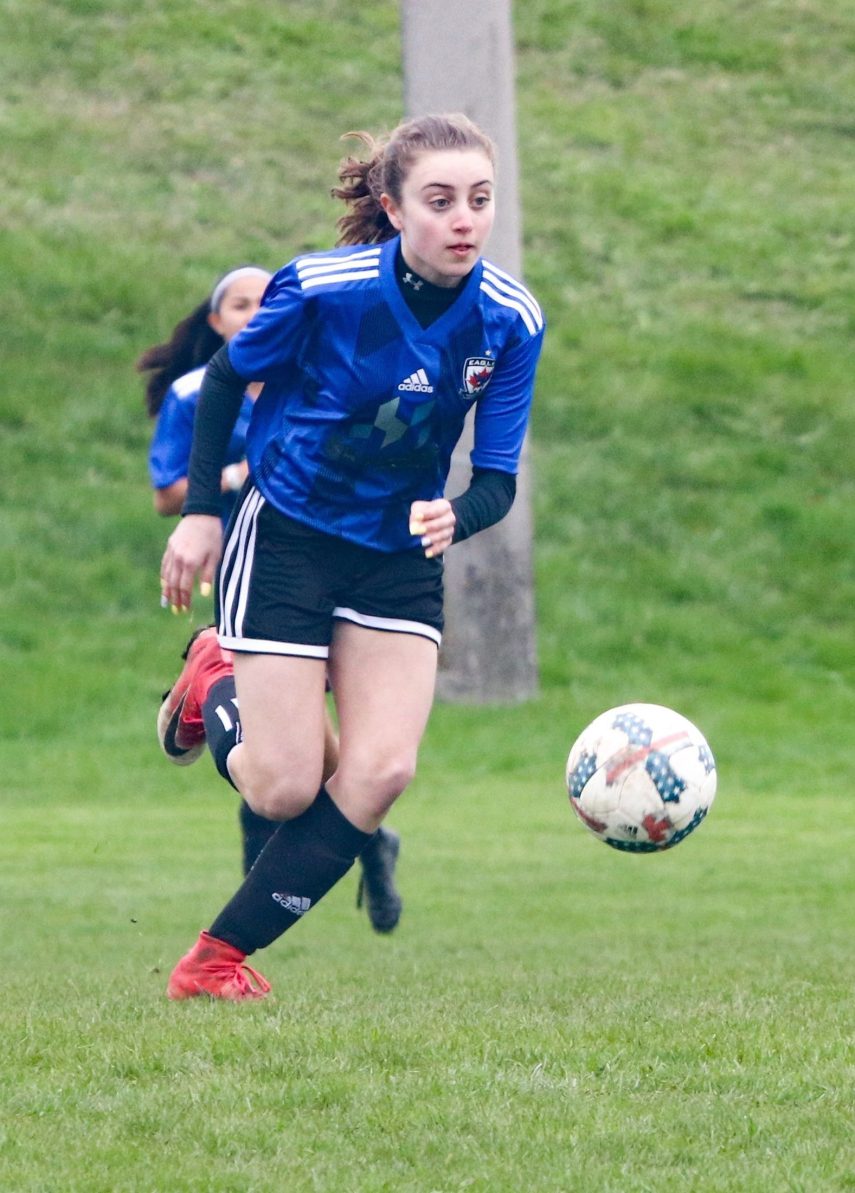 I began playing soccer when I was 7 years old and quickly fell in love with competition, speed and skill of the game. I knew that I wanted to play a high level of soccer so I continued to train and made the U13 Ontario Player Development League for Aurora, Ontario and played 3 successful seasons there before moving to my new home at Union FC for the past two years.. My new aspirations are to earn a university degree and play soccer while doing so. Some of my achievements are earning a technical skills award at a TFC camp (2013), Schwann Cup USA Champs (2014), Player of the game ‘Salt Fleet Tournament’ (2016), EDP Spring Showcase Champs (2019), Umbro Top Rated Showcase Champs (2019), Provincial Indoor Soccer Champs (2019). Some of my favorite players are Jessie Fleming, Marcelo, and Alphonso Davies. My parents are Marcello and Romina Iafrate and I have a younger sister Olivia and a toy poodle Rocky.