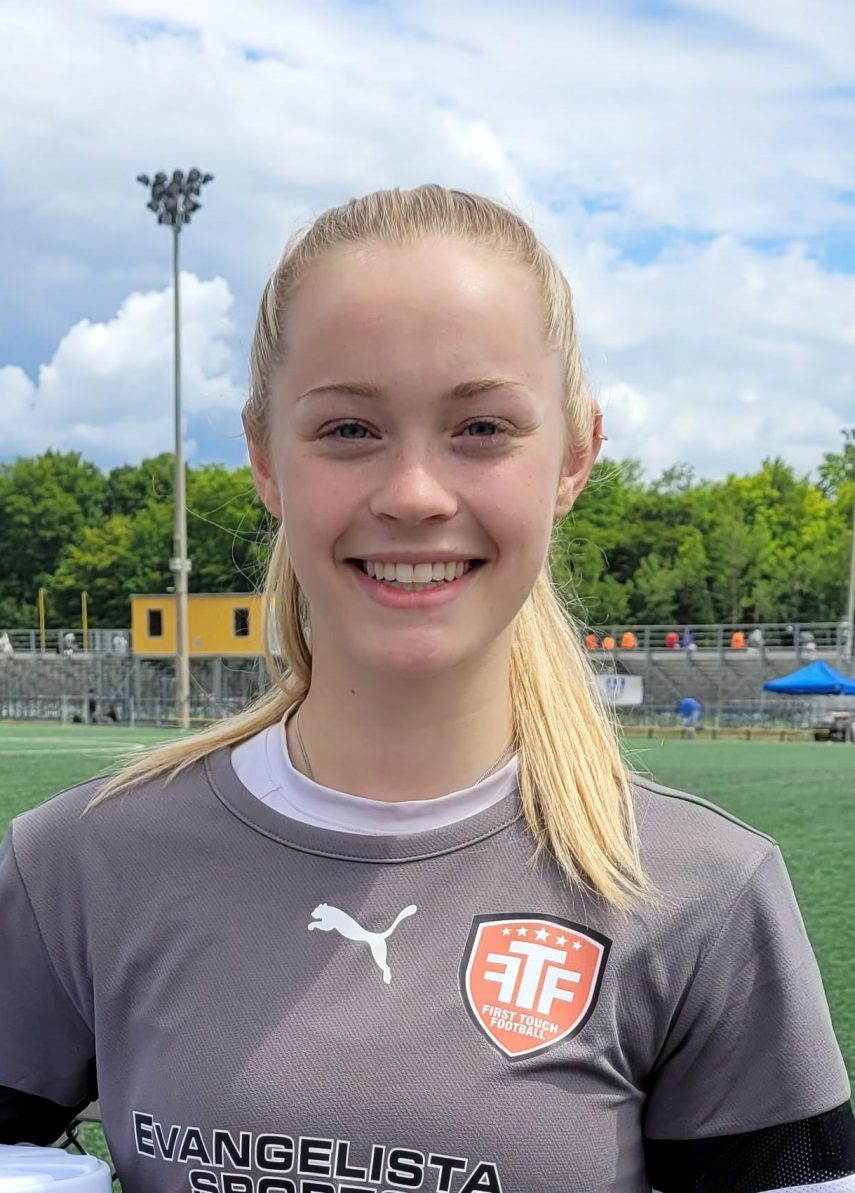 I live in Chelsea, Quebec and speak English and French fluently. I’ve been playing soccer since 7 years old. I play for the team. I play for the love of my sport. I also play futsal during the winter to develop my footwork. After playing defence since 2013, I became a full-time goalkeeper when I was 14 years old (2018) for FC des Collines AA. At 15, I became the goalkeeper for the FC Gatineau AA U17 team obtaining 7 shutouts, helping the team win the championship. This promoted our team up to AAA Provincial level in Quebec. In 2022, at 17 years old, I was selected as the goalie for the AAA U21 FC Gatineau team. In April 2022, I was nominated one of the top 3 stars of the week in Quebec LSEQ league. In 2022, I graduated from College Saint-Alexandre high school in Quebec where I won student athlete of my graduating class. In Quebec, after grade 11, students do a year of Cégep before going to university, which is why my graduation year equivalency to US and other provinces will be 2023. I play an aggressive and interactive goalkeeper style. My goals are to continuously improve on my weaknesses, learn from more experienced players and coaches, and play at the collegiate and pro levels.