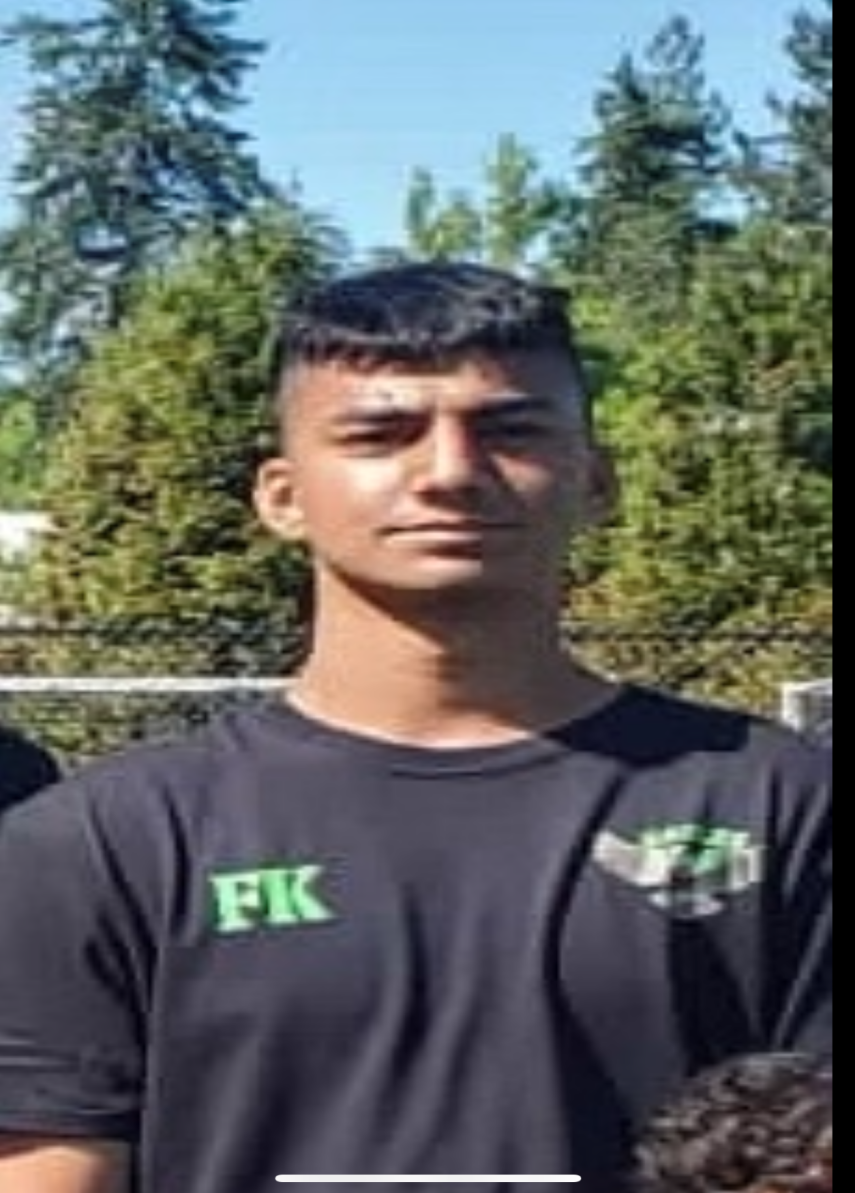 Hello Sir or Madam My name is Fawaz Khan and I just turned 16 years old. I live in Surrey, BC and will be starting grade 11 in September at LA Matheson High School. I have just received my learner’s license and hired by McDonalds as a crew. I am involved in community event coordinating and helping others. I have had a love and passion for soccer since I was very little kid. At the age of 3 my uncle (ex soccer player) started to train me in my dads man cave with just kicking foamed plastic balls, doing circuits around pylons to outdoor practising in our yard. At the age of 6 from 2011-2013, I joined a local soccer team (Temple United) and loved it because I got to run around and shoot the ball. After a couple of years on this league the name changed to Central City Breakers and then later under new management was renamed the BC Tigers. I was so intrigued with this game and asked my parents to play in the winter league. The winter leagues name was Pegasus. I played on the BC Tigers Club in the summer and Pegasus winter leagues for 5 years from age 9-13 in the years 2013-2018. I also started to play soccer in my primary school Iqra’s team from grade 4 to 6 and Prince Charles Elementary soccer team school in grade 7 (2017-2018). In grade 8 and 9 (2018-2019), I played on LA Matheson’s School Soccer team. I was not able to play last school year due to the pandemic and hoping to play this upcoming September in grade 11. I am very determined and hoping to get a soccer scholarship for any University. My most memorable soccer moment at age 8 was to be able to score from the middle of the field. This built my confidence and I started to dream to play for FIFA one day. My coach said that I had a lot of speed, potential, endurance and he was going to train me in all positions. I mostly played striker in the front, center mid and defense. I received trophies and medals as our team made it to the bronze level, then silver level, and then gold level. We won several tournaments and played with dedication. We excelled as a team and we on our way to the metro league. We had the opportunity to practise with player coaches from the Vancouver Whitecaps. Over the years during games other team reps approached my mom and asked if I would like to play with them. At first she wanted me to stay where I was and then eventually agreed to move me to another League. Our coach was having personal matters and was not able to dedicate his full time to our team and inner team management issues was affecting the players and parents. My mom saw the team was not moving in its full capacity and suggested that I play on another league to learn differently. I wanted to stay with the team but at the age of 12, I moved to the Greater GVCU Club (GVCU) and started to play on team Strikers Team as the coach from GVCU convinced my mom. As I moved to GVCU, 4 other players from my previous team followed me as well. I played with GVCU for one year and we were headed to Metro but due to COVID everything stopped. At the age of 11-12, I tried out to play for Barça Academy Vancouver and got accepted, due to the far distance from my home, my parents were not able to commit and take me to the practises/games. I was also scheduled to try out with Vancouver whitecaps soccer and Surrey United and once again due COVID I was not able to. During COVID I continued to attend 2 practises a week with GVCU and played a couple of games 3 weeks ago. I am registered to comeback in the fall with GVCU. In early July 2021 I was approached by a coach from the newly created BCM league to join this team for 2 months for an upcoming tournament against 5 other teams. This seemed like an amazing experience and I joined as I would have the opportunity to play with boys 2 years older than me. This teams name is “Eagles”. We have made it to the finals and are scheduled to play on August 6th for the finale. Three weeks ago my coach from the BCM League recommended I try out with Fiji Nations Cup team which will be having a tournament in October this year. I am now on this team practising every Wednesdays. I am working on improving my soccer skills each day and feel very fortunate to have been able to be coached by many different coaches and play with a wide range of other kids with unique skill level. I am very determined and hoping to get a soccer scholarship for any University. I love this sport and would love to have any higher level opportunities. My favorite International soccer team is Manchester United and I deeply follow Ronaldo and Pogba. I am the younger of two boys and would like to be a sports ambassador one day. Thank you so much for supporting me in my journey. Fawaz