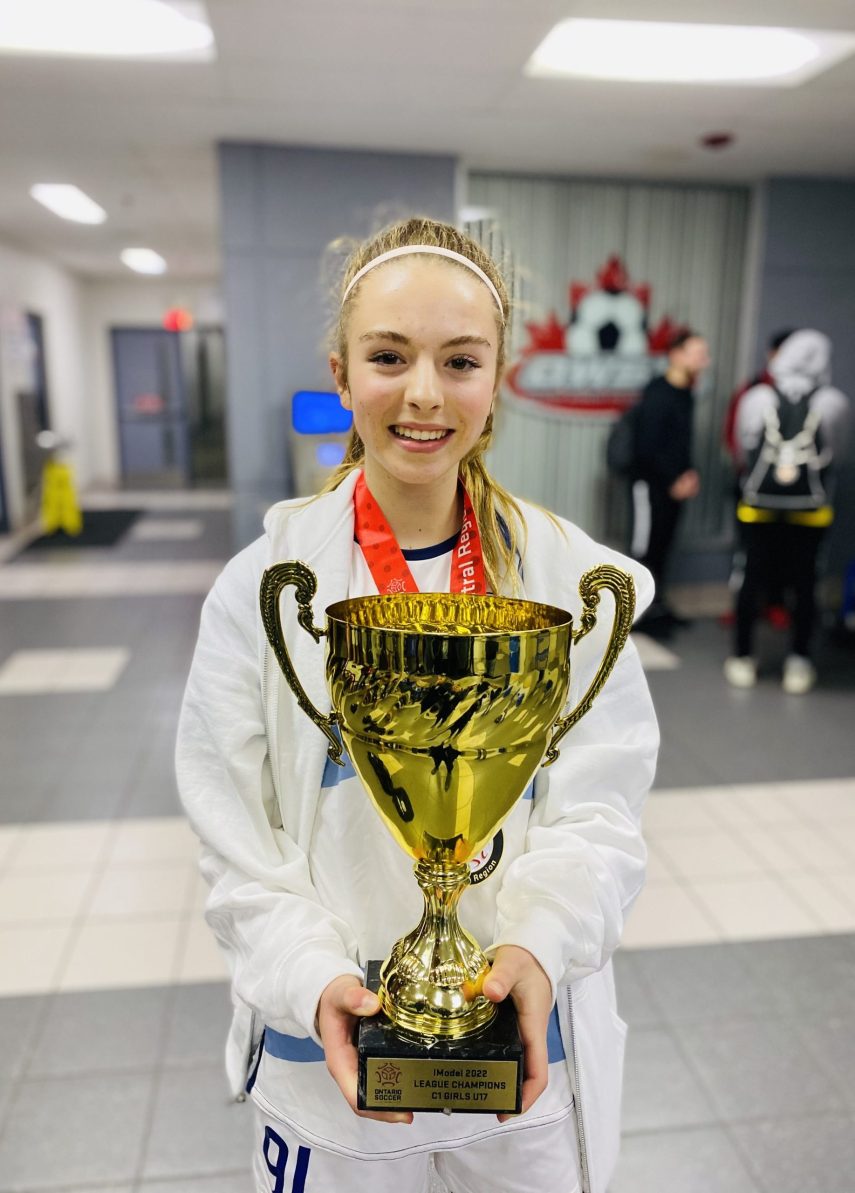 I have played for the Barrie soccer club since I was 5 years old. This past season we won the u17 Ontario Soccer IModel championship. We were also the semi finalists for the Ontario Cup and Champions of the Ottawa Showcase. The last two years I have played for a team a year older. Currently, I am on a u21 team for Barrie and will potentially play as a call up for the Barrie Rovers Reserve team. Prior to this, I was one of the CSL’s top goal scorers. The last two years I have been the recipient of the Athlete award in high school. I also enjoy playing basketball and our high school team was a Quarter finalist in the Ontario Championship. I led the team in scoring, and was awarded player of the game for all three games. In my last year of Rep basketball, I received the Molten Athletic-Academic award for the Juel Basketball League of Ontario. I have always played rep soccer and rep basketball, but have decided to pursue soccer in my post-secondary career. My play-making ability, vision, speed, high soccer IQ, the ability to win my 1v1 battles, and technical efficiency on the ball are my strong points as a soccer player and allow me to play in multiple positions such as center back and center midfield. I am always looking for ways to improve myself on and off the field and am looking forward to playing soccer in a post secondary environment.