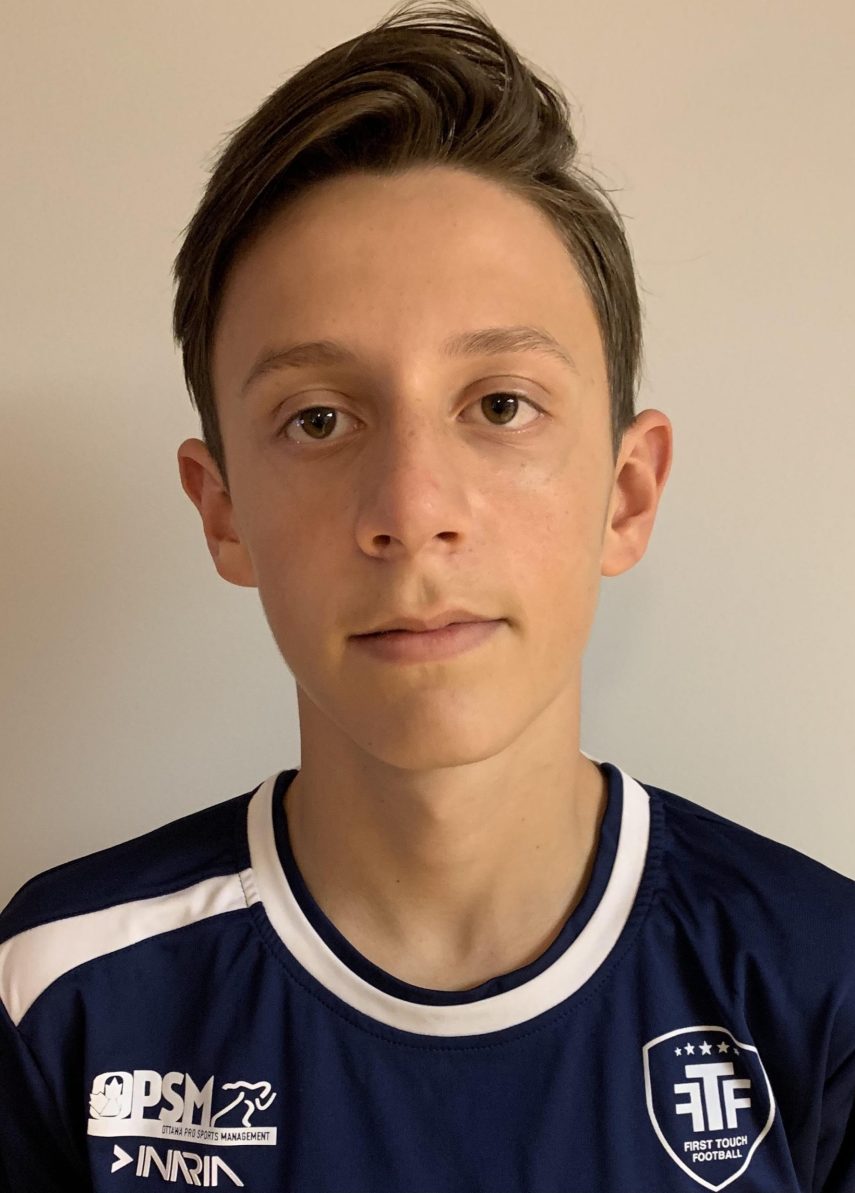 I have been playing soccer since I was three years old. I started playing competitively when I was seven years old for Internazionale F.C. in Edmonton. After a year and a half, I moved to St. Albert Impact and that’s where I stayed for six years. Throughout those years I participated in many camps such as the Official A.C. Milan camp, F.C. Barcelona camp, FCFA, and BTB. I then fully joined the BTB soccer academy five years ago and have been with them ever since in addition to playing with my club. In the future, I aim to play professionally or for a University or college.