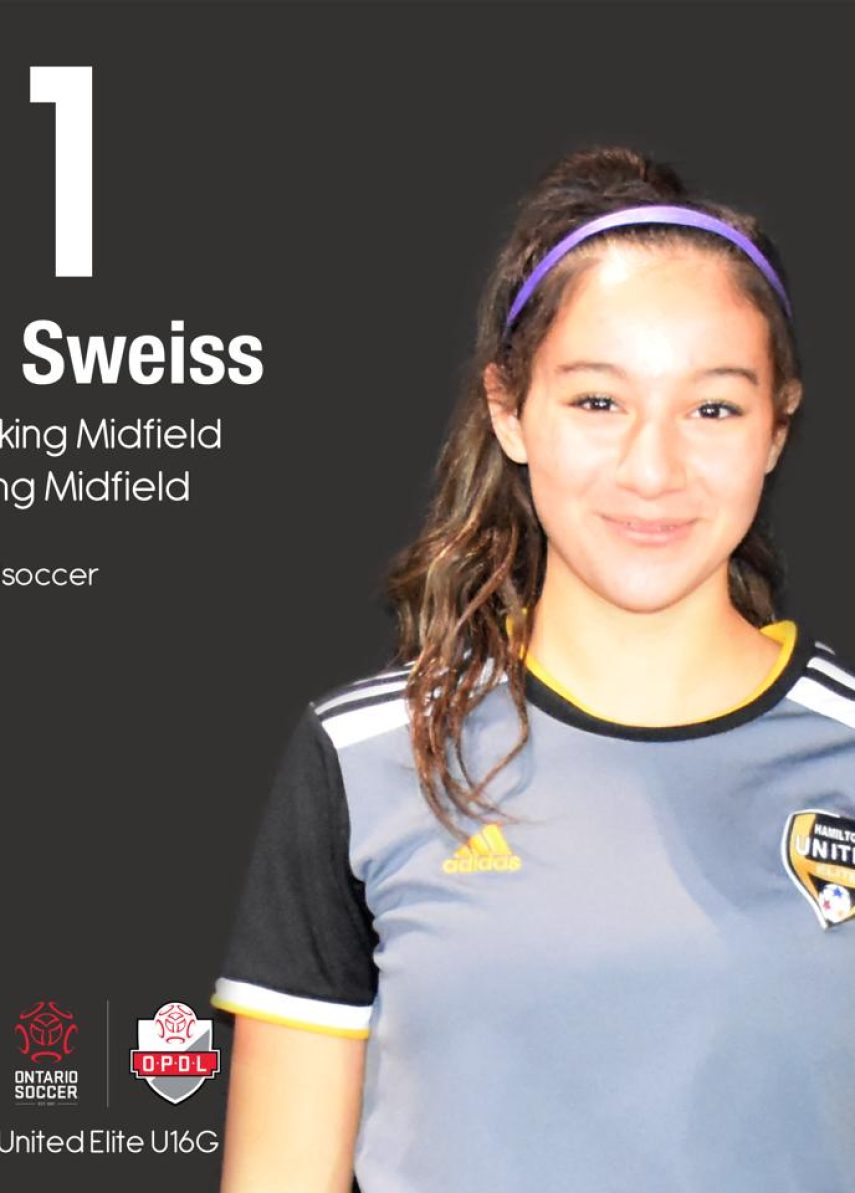 Jian Sweiss, also known as Jiji is a member of the Burlington Bayhawks U15 Girls OPDL team and plays as an attacking midfielder. In 2018 Jiji was invited at a very young age for a screening with REX Ontario and was on her way to make the provincial team until things closed down because of Covid. Fall of 2019, Jiji had the opportunity to travel to Madrid in order to train with Madrid CFF’s women’s team. Madrid CFF has a very high standard of play for their women’s teams and this is reflected by their teams in the top 2 divisions of Spanish women’s soccer. Jiji has been training with Ian Mcclurg on the side who arranged this wonderful opportunity. He believes that Jiji has all the right ingredients for training in Europe with hopes to play professionally one day. In Madrid, Jiji had some incredible experiences. She played in five matches, and had a wide variety of training sessions and also had the opportunity to visit the Santiago Bernabeu Stadium, home of Real Madrid and one of the Europes most iconic stadiums. Jiji became interested in soccer through her older sister, Ayana, who has also played in the OPDL with the Bayhawks. After watching and practising with her she found a love for the sport and has never stopped playing. Some of Jiji’s favourite soccer memories include winning Midfield MVP at a University of North Carolina Women’s Elite Soccer camp for U11-U14 players in 2018, Winning the 2018 Rochester tournament with her U12 Bayhawks team. Jiji has also recently had the opportunity to train with Alfredo Sainz in California who has trained some of the best talents in the USA and Eddie Johnson in Orlando. Jiji’s dream is to win a gold medal with the Canadian Women’s National team and play for Manchester City’s Women’s team like Janine Beckie. Her favourite player who she hopes to one day meet and play with is Jesse Flemming.