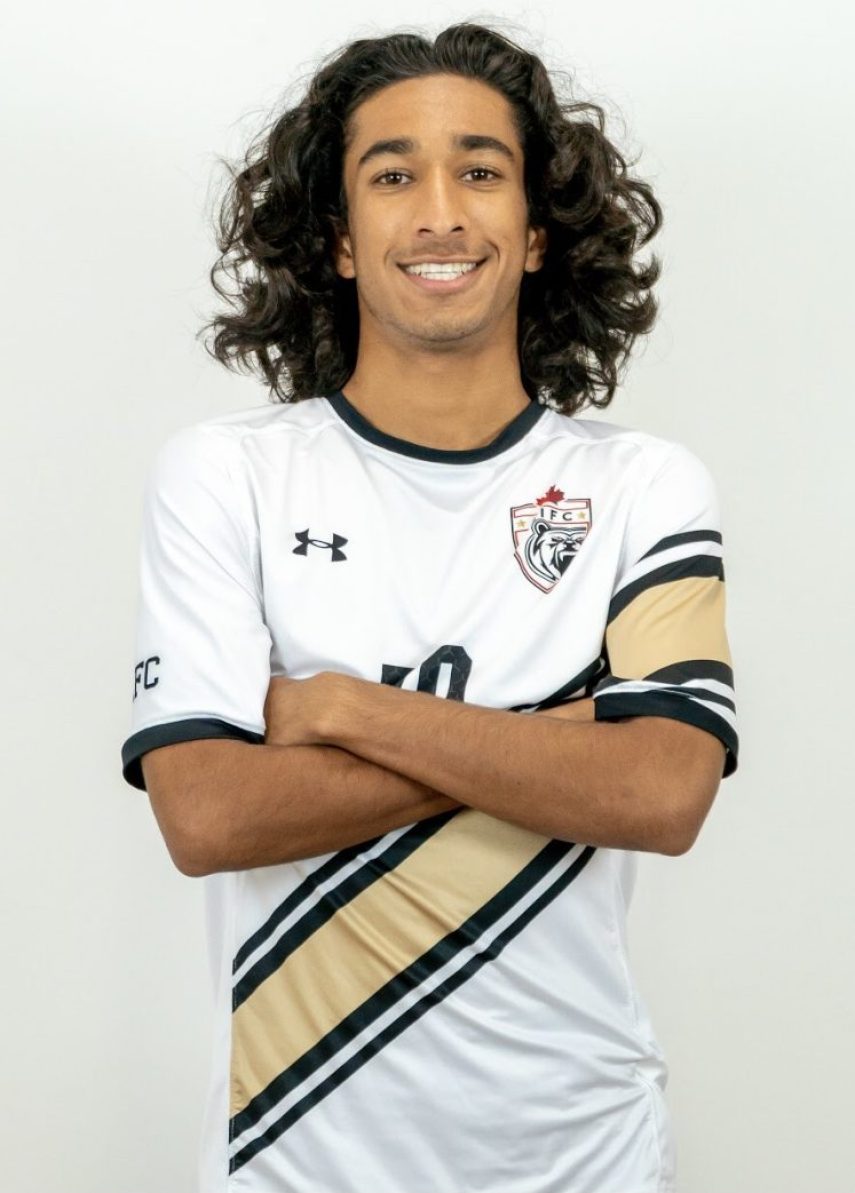 My name is Manvir Bains and soccer has always been an indispensable aspect of my life which has allowed me to develop into the person I am today. I first started playing at the age of 9 with West Toronto SC. I grew up in North York, Ontario, and then moved to Brampton, Ontario where I then joined Brampton Youth SC in 2017. I played for a year and a half in both the PHDL Premier division and Golden Horseshoe (U14-15). I then moved to Ontario Khalsa Darbar SC (U16) where we won both the Storm Front Tournament and St. Thomas SoccerFest tournament in 2019. I contributed to 8+ goals in each tournament in which I scored the final goals securing our win in the finals of each tournament. In the same year, I attended an ID camp hosted by SKLZNDRLZ where I was given an opportunity to trial at Fleetwood Town FC in Lancashire, England. I am currently playing for Athlete Institute FC. As a player, I am always looking to make an impact while constantly putting my best foot forward. I can be deployed into the attacking and mid-fielding positions where I will be best able to display both my tactical and technical abilities allowing for many chance creations. Playing at the collegiate/university level will allow me to excel in soccer while even more so in my studies.