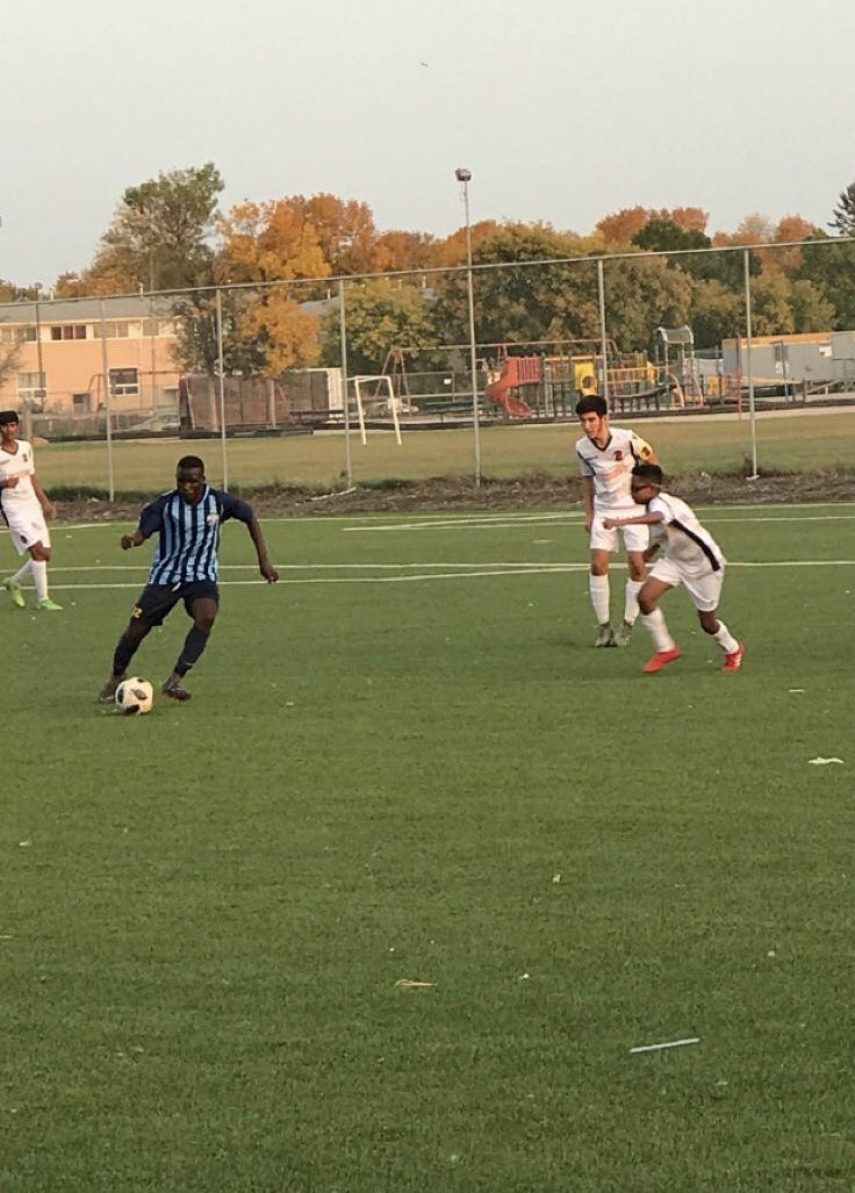 The first time I kicked a soccer ball I was four years old. I’ve been in love with the game ever since. Soccer is a part of my daily life in some way. whether it be me watching Chelsea or going outside and putting in some work out on the local field, I always surround myself with soccer. I didn’t believe that I was collegiate level material all the way up until summer 2020. I was a slower, less dynamic player with bad fitness. I relied on my foot skills alone and I found very little success. In the spring of 2020, I went to work and worked on my fitness, speed, and agility daily and improved immensely. When the summer season came I hit the ground running. I was named assistant captain of my club team ST.Charles force. I played 10 games, scored 5 assisted 2 as a CDM. I almost made my provincial team I was ranked 34th outta 80 participants. Having improved and accomplished that much in that short period of time, I have come to believe that with hard work anything is possible. I felt that i could grow beyond ST.charles so I went and tried out for some Premier 1 (highest level in Winnipeg) teams. I made the Winnipeg south end U17 boys P1 squad where I currently play as a CM AND RM. As a player, I pride myself on my passing ability, my vision, and mostly my dribbling. For my non-technical aspects, I am a great communicator and a great leader on and off the pitch. I am a hard worker and will do anything to improve my game. In school, I try my best to keep my average above 88%. I have been successful with that through my freshman and sophomore years. I attend College Sturgeon Heights Collegiate in Winnipeg, Manitoba Canada. I volunteer at many mini-soccer camps such as Royal city soccer camp, YFC youth soccer, and many more. I want to attend a University where I can learn more about the game of soccer, while also continuing my studies in Kinesiology or Exercise Physiology to later on become a physiotherapist for a pro club.